I’ve worn a “hoodie” as long as I can remember… I can remember my mother dressing me in a little hoodie (we called it a “sweatshirt”) back in the days when Eisenhower was president. 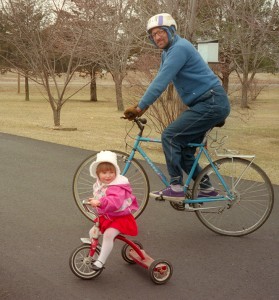 A hoodie is a great article of clothing for spring and fall… a heavy layer of cotton to keep warm, but not too heavy to carry when the weather warms up. If the sun goes away or the wind picks up, the hood pulls up over the head and draw strings tighten it up for extra warmth. There’s a big “kangaroo” pouch on the front, perfect for inserting cold hands (which rarely happened in my case, as my hands were usually busy with stuff like baseballs or basketballs).

Somewhere along the line, the hooded sweatshirt quit being a utilitarian piece of cool-weather clothing and became a fashion statement. We have friends that have been in the tie-dye business for many years, and they tell us that hoodies are now among their most popular items. Function has become fashion.

But now right-whinge blowhards are demonizing hoodies, saying that a 17-year-old kid walking home from the convenience store got shot and killed because he was wearing a hoodie. If these gutter-dwellers are to be believed, the hoodie is so threatening that if you wear one, a crazy yahoo with a gun can be forgiven for shooting you dead. 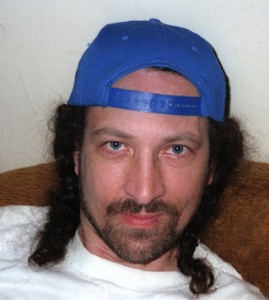 Obbie makes a fashion statement with a “threatening” backwards baseball cap in 1994.

That’s the same “blame the victim” BS that forgives the rapist for attacking a woman with a short skirt. In reality, this “logic” is a way of obfuscating racism, since the hoodie is only “threatening” if a black person is wearing it, just as a backwards baseball cap was deemed “threatening” a few years back.

If we’re going to criminalize a clothing style, lets start with suits. After all, it was (mostly) white guys in suits who ripped off our country to the tune of trillions of dollars over the past few years.

In the meantime, it’s a nice sunny day, so I should do something outside. But it’s kinda cool, so I’m gonna wear my blue hoodie.

One thought on “Praise the Hoodie!”