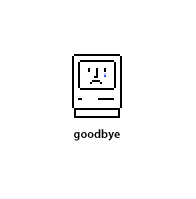 Steve didn’t invent computers, portable music players or smartphones. What he did was to refine these products down to the most minute detail to make them not only easy to use, but a joy to use. 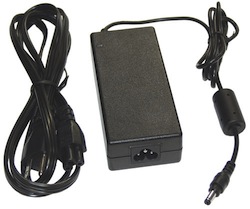 For example, consider laptop power supplies. A laptop from Dell or HP would include a black brick with a standard power cord, and the brick would have another cord that plugs into the computer. When packing up to become mobile, a user would have to deal with a lot of extra clutter in her travel bag.

The Mac power supply has the facility for coiling and securing the cord integrated into its design. It also has a magnetic connector, so that when you trip over the cord (if you own a laptop long enough, it’s bound to happen sometime) it unplugs itself from the computer without getting damaged.

Over the years, after each successful Apple product launch, it’s been amusing to watch the rest of the industry imitate Apple, usually with disappointing results. After the Macintosh came Windows. When the iMac became a hit, the other PC makers started using translucent colored plastic. Android was a close approximation of the software on the iPhone. And now that the iPad is a hit, there’s a wave of other tablets. In each case, Apple led the way and the rest of the industry followed with clunky attempts to mimic what Apple executed perfectly.

Sitting in the coop deli, I can pull the iPod out of my pocket and make a video call to RoZ on the laptop at home. Not too long ago, such an act would have been in the realm of science fiction. But we now live in science fiction times, and Steve Jobs played a huge part in bringing us to this new reality.
—————
When I was a kid, Seymour Cray designed the most powerful computers in the world at a Control Data facility a half mile from my house, so I was intrigued when Apple bought a Cray supercomputer to use in the design process (a computer that our iPod Touch would put to shame). When Cray was told that they were using one of his computers to design the next Apple, he paused and said, “That’s interesting, because I’m using an Apple to design the next Cray.”
—————
Steve loved to use this quote from hockey legend Wayne Gretzky: “A good hockey player plays where the puck is. A great hockey player plays where the puck is going to be.”

2 thoughts on “Steve Jobs – A Pioneer in User-Friendly Design”