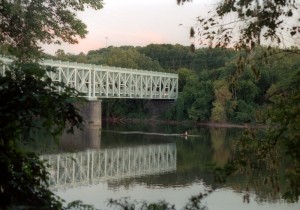 A newspaper we read online occasionally puts out a call for photos on a particular theme.

One such “assignment” was for “The World’s Best Bridges”, and it was enough to motivate me to dig thru our bridge pictures. The assignment description said that they weren’t looking for “iconic” bridges (though we have some of them, too), but for those that “make the business of crossing … an experience unlike any other.” I take that to mean “quirky”, and quirky is what we do.

Only three of these 21 bridge-themed images are of bridges for cars and trucks. The rest are for trains, bicycles, foot traffic, and a pedal-powered gondola. Enjoy. 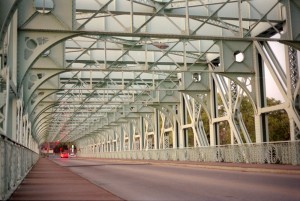 The Falls Bridge in Philadelphia was built to support two decks, but the upper deck was never completed. 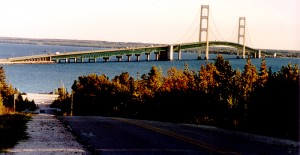 A view of the Mackinac Bridge from the Upper Peninsula of Michigan. 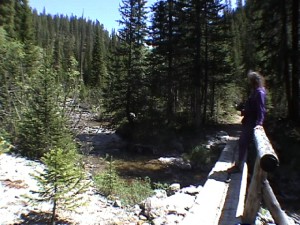 A log bridge across the Colorado River in Rocky Mountain National Park. 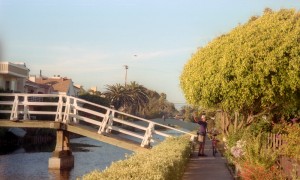 A foot bridge near a bike trail along the canals of Venice, California. 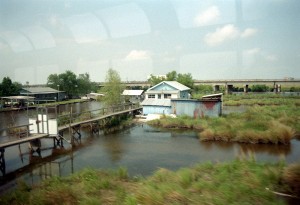 A narrow wooden bridge is the only access to this house between New Orleans and Baton Rouge. 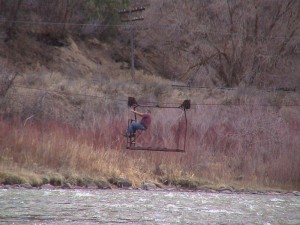 A cable suspended above the Colorado River supports this pedal-powered gondola east of Glenwood Springs. 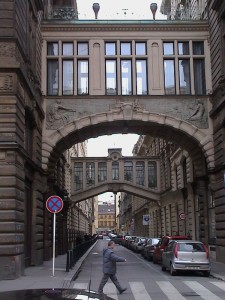 Bridges connect commercial buildings above a side street in Prague. 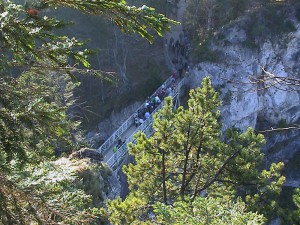 This footbridge is the vantage point for an iconic view of Neuchwanstein Castle. 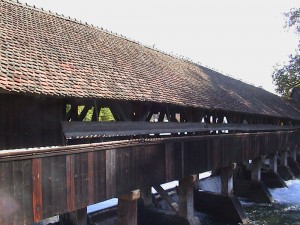 A covered footbridge supported above a dam in Thune, Switzerland. 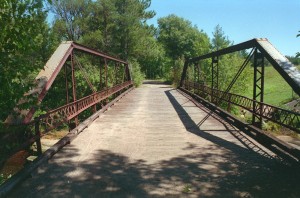 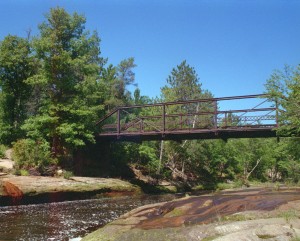 When the Coon Creek bridge was replaced, the original bridge was left for hikers. 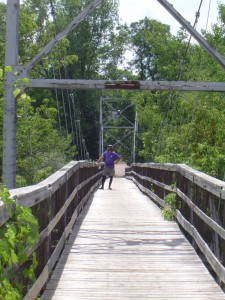 A suspended footbridge over the Eau Claire River was built long ago to connect tire factory workers with homes across the river. 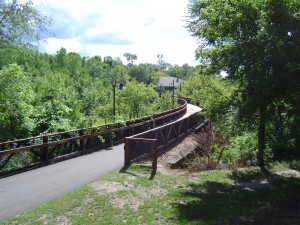 An abandoned railroad thru Eau Claire, Wisconsin – including this bridge close to downtown – was repurposed as a bicycle-pedestrian trail. 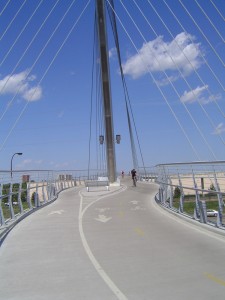 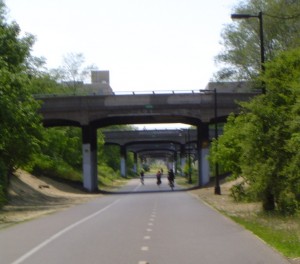 The Minneapolis Greenway is a bike/ped route across the city, built on abandoned railroad bed routed below the rest of the city’s streets. 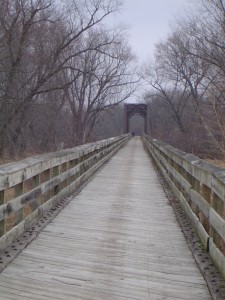 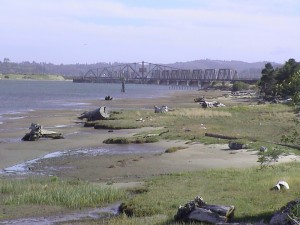 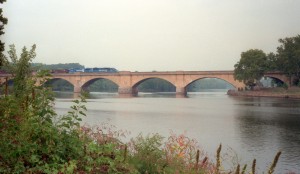 A freight train crosses the Schuylkill River in Philadelphia. 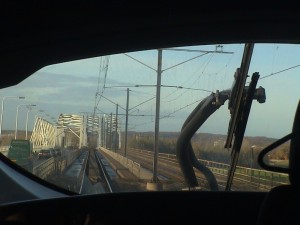 Side-by-side bridges are seen from the back of a train somewhere between Amsterdam and Cologne. 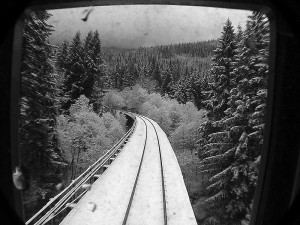 After a light snow on an early spring morning, a railroad trestle rises above the treetops of the Cascades in northern Washington.