When I see newcomers hated and disrespected, I remember the story of a war hero named Al Maliki.

Al Maliki’s father was brought to America as a toddler, and Al himself was born an American citizen.

When Al became a young adult, America was at war with his ancestral homeland. But Al Maliki was a proud and loyal American, so he enlisted in the US Army. The recruiting officer told Al that his foreign name might create hostility, so he translated his last name into English and changed it to that.

Al still knew his ancestral language, which made him valuable as an interpreter for one of the generals. Al Maliki was honored for his service and came home a war hero.

This is a true story, but it involves another people at another time. 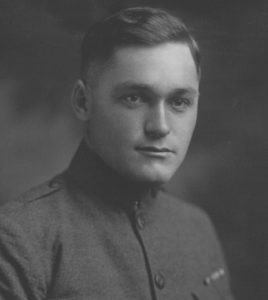 A century ago, the first world war was raging and Germans were so hated that the German language was purged from Americans’ lexicon. Bratwursts were called “liberty sausages,” sauerkraut was “liberty cabbage” and dachshunds became “liberty puppies.” On the north side of La Crosse, Berlinstrasse was renamed Liberty Street.

In spite of the hate and derision directed at German-Americans like him, a young man named Albert Koenig enlisted in the Army, and changed his name to Albert King in order to get along. Many years later, I got to know him as “Grandpa.”

We feel shame, regret and bewilderment as we look back on the treatment of German-Americans during the first world war, internment of Japanese-Americans in the second world war, the genocide of First Nations, the kidnapping and enslavement of Africans, and countless other injustices and atrocities scattered thru our history.  Our grandchildren may feel the same way about us if we continue this shameful history. 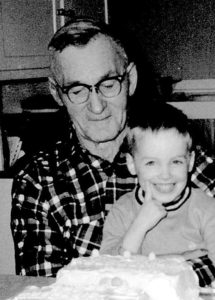 My grandfather and my brother celebrate their shared birthday in 1967.

There will always be newcomers to our country. Let’s offer our new neighbors the warm welcome that our grandparents were denied.