Hoarfrost is not the look you get from a sex worker who just received a lousy tip.

It’s a word that describes the kind of frost you get during freezing fog. Normal frost is a layer of ice crystals deposited on a cold surface. When the crystals are built up into a deep and elaborate structure, you get hoarfrost.

On Sunday, January 3, 2021, we were greeted by a spectacular display of hoarfrost. In some places, it looked like a layer of snow that stuck to everything, but closer examination revealed its true structure.

It was early afternoon by the time we headed out with our camera, but we still managed to capture this rare event. Enjoy! 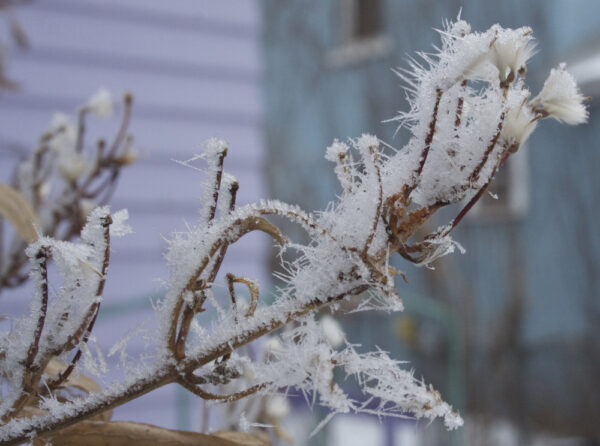 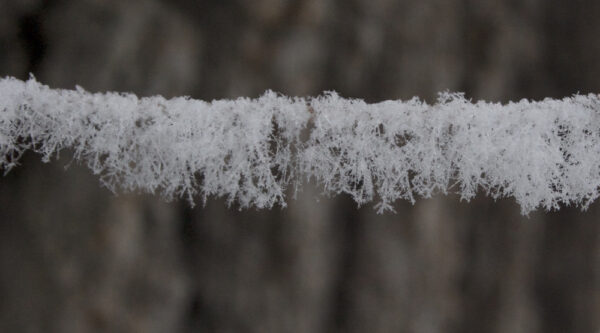 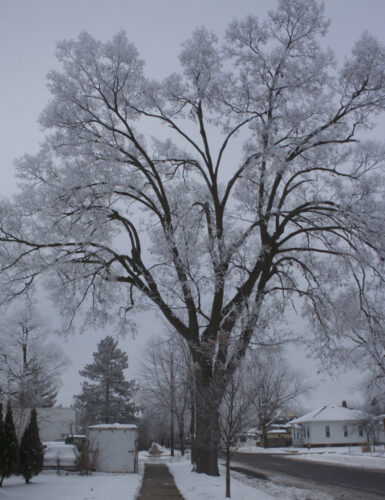 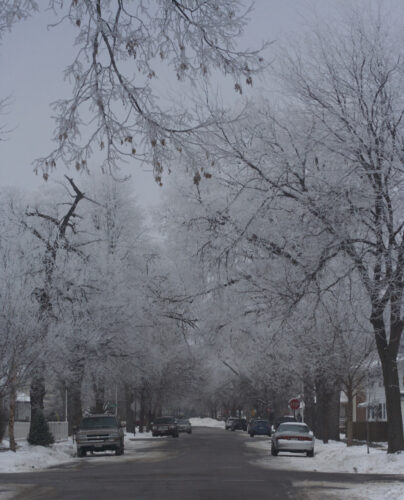 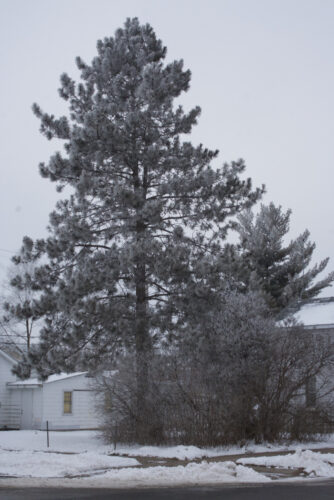 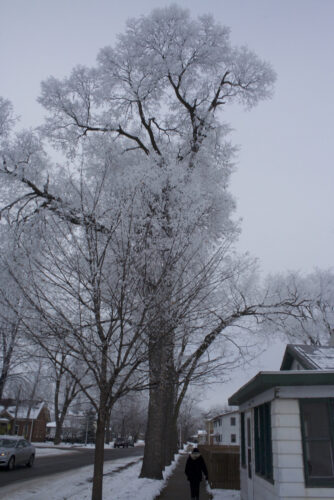 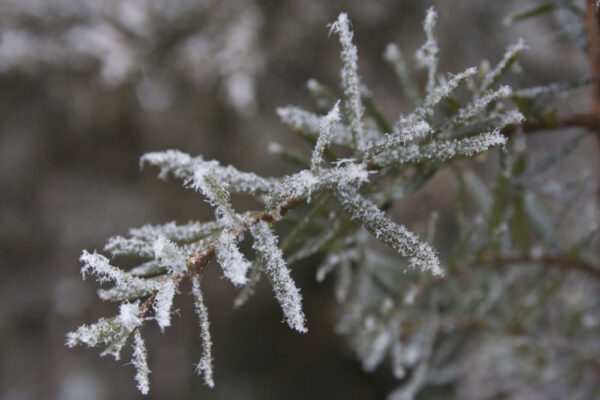